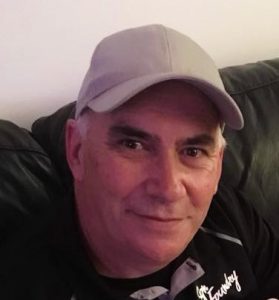 We’re very pleased to confirm that John Belcher will be coming up from Christchurch to demonstrate of his figure painting talents at Scale Models Expo 2018. This is a great opportunity to get up close and personal with one of New Zealand’s top figure painters. If you’re interested in developing your painting skills you’ll be able to pick up some useful tips, and everyone attending the Expo can enjoy watching a master craftsman at work.

John’s passion for painting figures started in his early teens with an interest in history, military and otherwise, and he’s now been at it for over 40 years. As well as assembling and painting commercially available figures John sculpts his own figures from scratch. Over the years John has received many awards for his work, these include multiple “best in show” awards at national level in New Zealand and Australia, gold medals nationally and internationally in the USA and in England at the prestigious Euro Militaire.

John has painted the box-top artwork for several figure companies and his work has appeared in many model magazines and books. His figures are sought after by collectors worldwide. Luckily for us, John believes in sharing his knowledge of figure painting to encourage others with the same passion, so we suggest getting to Scale Models Expo on the 21st and 22nd of April 2018 to meet him in person and check out his miniature marvels.

Now go and build something…